Guest blogger Pat Bertram talks about what makes a sociopath 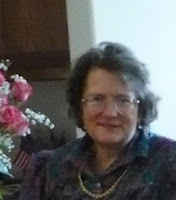 Today author Pat Bertram is our guest blogger here on Criminal Minds at Work as part of her online virtual blog tour. She's going to share some of her thoughts on criminal behaviors. Her post below is informative...and chilling. ~ Cheryl

Anyone who writes crime fiction, especially novels about a serial killer, is familiar with the sociopathic personality. But not all sociopaths are killers. Some psychologists estimate that there are thirty thousand psychopaths who are not serial killers for every one who is. So who are these non-killing psychopaths? Your neighbor, perhaps, or your mother-in-law. Maybe even the psychologists who came up with the sociopathic profile. Possibly even you.

Abused children who were not born with a sociopathic personality usually grow up to lead normal lives. Sociopaths who were not abused usually grow up to lead normal lives or lives that mimic normalcy. Sociopaths sometimes become killers because of childhood abuse, and sometimes they become killers simply because they want to. (The killer in the Dutch version of The Vanishing was a classic sociopath who killed to see what it would feel like.)

Even if you don't write crime fiction, familiarity with the sociopathic personality can help you create dynamic characters and even interesting dialogue. For example, sociopaths frequently use contradictory and illogical statements such as "I never touched her, and anyway, she wanted it."

A sociopath has difficulty connecting to others, though people often like them. They are charming, glib, witty, and use captivating body language. Because of their impulsiveness, need for excitement, poor behavior controls, and lack of responsibility, they can be fun companions, but because they lack empathy, conscience, and remorse, they can never truly connect with anyone.

Other characteristics of the sociopath are shallow emotions, egocentricity, lying for no reason, no need to conform to societal standards, the skill to detect and exploit the weaknesses of others. They are also well satisfied with themselves, never looking back with regret or forward with concern.

One characteristic that keeps a sociopath from being a good fiction hero is that in fiction heroes need to change during the course of the novel, and sociopaths have solid personalities that are extremely resistant to outside influences. But, being the manipulative creatures that they are, they can make us believe they have changed.

The villains of both my novels, More Deaths Than One and A Spark of Heavenly Fire are sociopaths, hiding their true natures under the famed scientific detachment. If they were real people, their crimes would be of such incredible scope that the crimes would be labeled “scandals.” When a CPA bilks a few thousand from a customer, it’s a crime. Yet when a CEO of a major corporation bilks a few million from customers, it’s a scandal. Either way, it sounds like sociopathic behavior. With or without the killing.

Pat Bertram is a native of Colorado and a lifelong resident. When the traditional publishers stopped publishing her favorite type of book — character and story driven novels that can’t easily be slotted into a genre — she decided to write her own. More Deaths Than One and A Spark of Heavenly Fire, available at Amazon and from Second Wind Publishing, are Bertram’s first novels.
Posted by Cheryl Tardif at 9:24 AM

Cheryl, thank you for inviting me. The sociopathic/psychopathic personality intrigued me when I thought it was all about killing, but it intrigued me even more when I found out the killing was a small part of it. We all know sociopaths, and we spend way too much time trying to figure out why we don't connect, when it has nothing to do with us and everything to do with them.

Interesting subject, though I do prefer my sociopaths to be fictional; the real ones do far too much damage.

(I apologize for the re-posts. There was an error in the post title and it had to be re-posted from scratch. ~Cheryl)

Thanks for a fascinating article, and some interesting statistics too.

Having been a counselor for many years, I have to agree Pat. There are many with forms of sociopathic/sociopolitical behavior who never kill and people meet up with them far more than they realize.

Abuse is such an ugly thing. It distills and changes personalities in ways we are still learning about. Those that are abused can and many times do grow up to perpetuate the abuse upon the next generation. But there are many that CHOOSE not to. There are those that face similar abusive situations, sometimes even worse but don't react or kill the same as some of the famous cases we read of in the papers. So, some choice is involved. Perhaps some have a stronger psyche? Who knows. But it is a fascinating study.

Thanks for sharing the information on this Pat. :-)

My bad guy in the book I'm working on is a psychopath. I have worked with both sociopaths and psychopaths and did a great deal of studying on the differences for my current book. They can both be equally dangerous, but I find psychopaths a little more fightening because they are generally harder to spot than sociopaths and plan so well. Where a sociopath has no impulse control--sees a woman, wants her, rapes; a psychopath fantasizes, plots and plans, making for a more elusive criminal. Good subject!