In the Company of Others

I went to the Kerrytown Book Festival last weekend, and it was amazing. Not only did I share a table with three other authors (Patricia Batta, W.S. Gager, and Susan Froetchel), but I touched base with others, like D.E. Johnson. I talked briefly with publishers about how their business is going (they claim it's great) and with a bookstore manager who works very hard to get the festival ready every year (Robin Agnew of Aunt Agatha's).
It probably doesn't sound like much to some--a little conversation, a recognized face--but for an author who lives in (choose one) God's country or the Boondocks, it's wonderful to talk with people who know the kind of crazy I am. I know Bouchercon isn't going to help me sell hundreds of books, nor is Magna Cum Murder next month. I don't go for the sales. I go to connect with others in the industry, so I don't feel so all alone when I come back to this office and sit here thinking, "This book will never get done," or "This book is awful," or even "I should give up."
We all face the same trials. We all help each other through it. Book events are kind of like church for authors.
Posted by Author Peg Herring at 10:01 AM 1 comments Links to this post

You find a body...then what?

Although coming across a crime scene is probably not on most crime writers’ wish lists, it likely tops their “What would I do if...?” lists. Of course, me being the person I am, had to take that supposition one step farther and attend an RCMP (Royal Canadian Mounted Police) presentation on what to do if one stumbles upon a crime scene...just in case. Because, for sure, I’d want to do everything right...and solve the case.

In the event that I never stumble across a crime scene, this information could prove useful should one of my characters uncover a murder. Although I write crime fiction, I’ve yet to make use of this info.

There was a gruesome gang slaying in THE TRAZ but I never wrote the scene where the investigators showed up. In FATAL ERROR crime are mostly cyberspace crimes, luring and fraud and such, and what one does when one stumbles on virtual crimes is a different story...that I might write about some day. 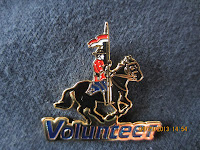 I attended that RCMP presentation some time ago but what brought it to mind was a recent news story about a collision between a vehicle and a tanker truck. A heroic construction crew dragged victims from the burning car and then with their heavy equipment pushed the vehicle into a pond to douse the flames that they were worried may set the tanker on fire.

“There goes that crime scene,” was my first thought, heroics aside. Pretty hard to investigate the collision once all that happened. On second thought, if everything had burned to cinders, the investigation would have been just as difficult. Perhaps.

Thankfully, in Canada saving lives actually does come before preserving evidence. First responders will save the guilty along with the innocent and destroy all evidence of wrong-doing if necessary to make their rescues.  However...

The cops do ask all those who arrive at a crime scene (or accident scene) ahead of them, to do what they can to preserve the integrity of the scene.

Step one is to ascertain it safe for you to be there. This is something the professionals do instinctively and quickly, observing, analyzing, calculating the risks. Those of us untrained, might need a little longer and may need to get  a hold of our panic, horror, or other intense reactions before making that decision.

If it’s safe for you to be there, don’t touch anything, kick anything, move anything unless necessary. On your way to assist the fallen pedestrian, do not gather up her shoes and purse to lay beside her. (Apparently, Good Samaritans often do this.)

Next, if you must enter a crime scene, establish a pathway, make note of it and relay that information to those who arrive after you. If there is mud around, perhaps keep on the grass so as to not disturb footprints. If everyone follows the same path into and out of the scene, more evidence can be preserved. If you let the investigators know where you walked and what you touched, it will help them sift through the evidence they collect—they won’t be making plaster impressions of your footsteps.

And above all, I was told, after anyone—you, a victim or a perpetrator--leaves a scene, do all you can to prevent that person from re-entering it. I don’t fully understand the legal consequences of re-entering a crime scene but apparently the court feels this contaminates site evidence.

If you leave a crime scene to call for help, do not re-enter the scene (unless you need to in order to administer First Aid or such). Similarly, if a lady runs out of a house and tells you her husband is in the bathroom  dying from a stab wound, call for help, ascertain it is safe for you to enter, ask her to give you directions to the bathroom and convince her to stay away. Perhaps suggest she stand at the curb while you check things out, to direct the police and paramedics when they arrive.

Crime Scene Investigations is brought to you by
THE TRAZ

"I loved The Traz. Great story. When can I buy the followup?"

"Young people. Their grief, fears & overwhelming struggles to find where they belong."

Posted by Eileen Schuh: at 1:25 PM 0 comments Links to this post