Through my volunteer work with the RCMP, I often receive notices, media releases, and other such information about real life crime happening in my neighbourhood.

Today, the cops are looking for a stolen boat. 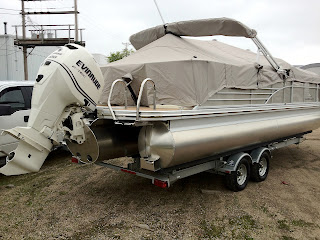 This theft strikes close to home, not just geographically, but because this area of Canada where I live is a popular recreation area--full of lakes, trails, and wilderness. Most people have recreational vehicles of some sort, if not boats, then snow machines or ATV.

If you have any information on this crime, or any other crime, please contact your local police detachment. 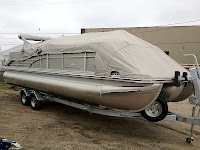 On June 23rd, 2012 Montreal Lake RCMP were dispatched to a theft of a boat at Waskesiu Lake in the Prince Albert National Park. The victim had parked his boat in the Main Beach parking lot at 2300 hrs on June 22nd, hooked up to his truck. The victim awoke at approx 0700 hrs on June 23rd and found that his boat had been unhooked from his truck and stolen.
The boat was purchased days earlier from Martin Motorsports in Saskatoon and is described as:  2012 Bennington 25 QCW Pontoon Boat. Boat serial # ETW79045A212, boat is cream colored and has 3 pontoons. Boat is equipped with a 300 HP Evinrude ETEC outboard, white in color(outboard serial # 05309351) Boat was on a galvanized steel "EZ Loader" trailer. Trailer Vin is 1ZEACPXH0CA002813. Trailer plate is SK # 265HQS.

Eileen Schuh, Author
Schrödinger's Cat
THE TRAZ
Posted by Eileen Schuh: at 8:56 AM 0 comments Links to this post

My post today is more question than commentary: Do you think conferences are becoming less helpful as a way to promote your work?

On one hand, I love attending cons to see writers, those I know as well as those I admire as a reader. In terms of a social event and a re-energizer, a con is a great time.

On the other hand, it seems that cons these days have fewer fans/readers and more authors trying to sell each other our books. As a way to garner readers, recent cons felt like I was tossing a very expensive pebble into a gigantic pond.

As I look at 2013 and think about cons, I recall that on the way home from the last one, I said to my husband, "This just doesn't pay." I'm not looking for an agent. I have not one but two publishers waiting for me to write more books. I've heard all the advice about promotion, craft, and legal issues from the panelists who have their experiences while I have mine. Still the lure remains, and I look forward to being among writers again at Bouchercon in October. But again, I'll be one of hundreds of authors there, and I know that I seldom even remember more than two or three names of authors I meet for the first time at a con, much less go out and buy their books.

So what do you think, Authors and Readers: Is a conference good for anything except catching up?
Posted by Author Peg Herring at 5:15 AM 0 comments Links to this post

Thank you to freelance blogger,Jane Smith, for providing the following article on kids and illicit drugs. When Jane approached me for a guest spot on Criminal Minds at Work I asked if she could write something that ties in with my upcoming release FATAL ERROR (sequel to THE TRAZ). This article is perfect.

Although my young protagonist was never a drug user, she was involved in drug trafficking and involvement in illicit drugs at any level is extremely dangerous. The illicit drug industry involves big bucks and is run by powerful gangs that don’t hesitate to use violence and terror to quash their competition, to get revenge, to increase their market share, to control others, or simply to uphold their reputations as powerful, callous men.Young people who experiment with street drugs are vulnerable not only to the dangerous effects of the drugs but to the gangs that run the trade. An addicted youngster, or even just a curious naive kid, can quickly become enslaved to the dangerous criminals controlling the supply. 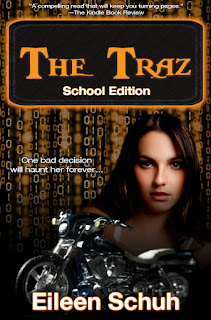 As young Katrina discovered in THE TRAZ, it’s a quick spiral downward once a gang has you in their clutches. Drug abuse and experimentation by youngsters is not something to be taken lightly by those responsible for their care.Here are two websites that have more valuable information for at-risk youngsters and the adults in their lives.
· RCMP reports
reports on gangs, drugs, fraud, Tasers, etc.
· Canada's National Anti-drug Strategy
all you need to know about illicit drugs. A government website.

Five Signs of Drug Use in Teens

Has your teen been acting a little strange lately? Your teen's odd behavior might be caused by depression, anxiety, or something else going on in his or her personal life. Or it may be caused by something worse: drug use. Here are five signs of drug use in teens to help you figure out if illegal substances have become a part of your teen's life:

1. Excessive Moodiness
If your teen's laughing one minute and screaming the next, he or she may be experimenting with mood-altering drugs. If excessive moodiness becomes a problem, take your teen to the doctor to rule out health-related causes and have a serious talk with your teen about the dangers of drug use. You may also want to ask your child to take a drug test to prove he or she is drug free, if you suspect substance abuse is the cause of your child's odd emotional responses.

2. Strange sleep patterns
It's normal for teens to go to bed later and wake up later than adults. However, it's not necessarily normal for your teen to stay up all night and try to sleep all day. Stimulant drugs used to treat ADHD are relatively easy for your teen to get, since many of his or her friends may be prescribed those drugs. Stimulants will keep your child up for long periods of time and eventually cause him or her to crash. Don't let your teen lose any more sleep if you discover drug use is the problem.

3. Evasiveness
If your child is hesitant to tell you where he or she is going or to introduce his or her friends to you, be aware that something may be wrong. Teens often don't introduce friends to their parents when those friends are bad influences. Additionally, young people are often reluctant to reveal too much information about what they do with their friends if they're experimenting with drugs and alcohol.

4. Changes in academic performance
If your child always made good grades and is practically failing out of school now, drugs may be to blame. Substance abuse and partying can consume your teen's life and cause him or her to lose sight of what's really important: staying healthy, getting good grades, forming meaningful relationships with likeminded friends, and connecting with family members.

5. Lying
If you catch your child lying about things like skipping school or where he or she is going, something's probably up. Most teens lie to their parents every once in a while, but if lying has become a habit for your teen, it's time to do some investigating. It's common for teens who use drugs to be very dishonest with their parents about what's going on in their lives.
Like Katrina in THE TRAZ, teens can easily get mixed up with the wrong crowd and put themselves in dangerous situations. If you suspect your teen is experimenting with drugs, consult with a therapist and doctor to figure out the best action plan to nip the behavior in the bud. Drugs can cause your child serious physical harm and land your child on a path to jail. You don't want your child to end up with a criminal record that forever haunts him or her or with a serious health problem as a result of chronic drug use. So, be proactive.
_______________________

A freelance blogger and writer with a special interest in personal, criminal and professional records, Jane Smith knows the value of a thorough criminal background check. Her posts offer tips and information on the subject, and she welcomes your feedback at janesmith161@gmail.com.

Posted by Eileen Schuh: at 5:33 PM 0 comments Links to this post