Do You Read Mysteries While You're Writing One?

There are some mystery writers who say they never read mysteries while they are writing one. Of course the reasoning is they don't want to borrow something from another author's work sub-consciously.

If I didn't read any mysteries while I'm writing, I'd never get any reading done. I don't read anyone's work that is anything like what I write. Lately I've been reading James Lee Burke. Wow, I'd like to write like him, but I never will. I don't write about the brutal crimes and crazed and warped people like he does. (Sure wish I could write descriptions like he does though.) 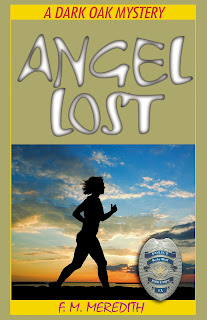 My books border on being cozies--I had one reviewer say my Rocky Bluff P.D. series was like a soap opera because of the way the private lives of the cops are depicted. To me, what is happening to them and their families at home is as important as what's going on in whatever crimes they are trying to solve. (Actually the review was quite flattering and had much more to say than that.) I have lots of characters and POVs in this series. The setting is a beach community and I love writing about the kind of place I used to live in.) Angel Lost is the latest one in that series.

In my Deputy Tempe Crabtree mysteries, Tempe is the main character and usually the story unfolds totally through her point of view. Her "side-kick" is her preacher husband and he often helps her a lot--and in Bears With Us, the latest, he is right there to assist her in chasing bears out of people's houses. 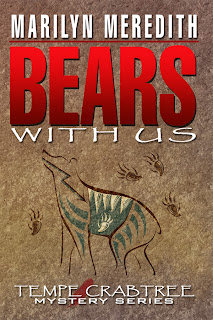 I say borders on being cozies because the cases are solved by law enforcement officers rather than amateur sleuths as what is the usual case in a cozy. However, I don't much bad language and you don't see much in the way of blood and guts, though both do get spilled. An Axe to Grind began with a beheading. Though my characters are normal they do have sex, but usually it happens behind closed doors. So I do have some of the ingredients (or lack thereof) that are required in a cozy. 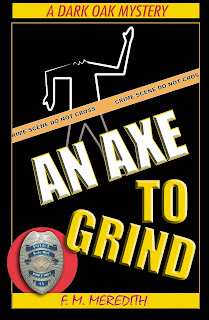 I do read cozies, but I tend to like the ones best that are a bit edgier than the norm. Frankly, I'll read anything that comes my way--the only thing that holds me back is time. I read horror, thrillers, any kind of mystery, and occasionally non-fiction.

But when it comes to writing, though I've written other genres, right now I'm sticking to my not-quite cozy mysteries.

How about your? What do you read while you're writing?