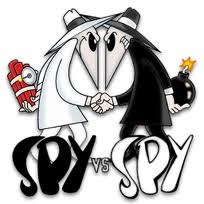 Six months ago we finally bit the bullet and became a family fully equipped with cell phones. Motivated by the increasing complexity of chauffeuring our fourteen year old daughter between her social activities, school and home prompted us to indulge in the latest gadget and to train ourselves in texting.

"This is good," I thought. "We'll be able to know where she is all the time." But that is only one side of the story. The other day my husband had a toothache so we zipped into town when she was at school and when we got home the daughter says, "So how was the dentists?" A friend of hers who we didn't know was in the dentist's office as well and texted her "I think your parents have just come in."

Then we get a call from the school that she's up for an award and could we come to the assembly. It was a hush-hush thing. No sooner had we walked into the building and sat down than my phone signaled a message from the daughter.
"Are you in the school?"
"What makes you ask that?"
"D saw you and texted me."
"Isn't your cell phone suppose to be turned off during school hours?"

There's no getting away from it. She can keep track of us better than we can keep track of her. The new spy network. Graphic for this blog entry (Spy vs Spy - remember them?) is stolen from here.
Posted by Juanita Rose Violini at 11:45 AM