Inside an Insane Mind

The Twitchell murder trial is in full swing here in Edmonton, Alberta, Canada.  Aside from the gruesome murder and dismemberment itself, the case is notorious because the accused is a fledgling playwright and movie director, dabbling mostly in the more morbid genres.  Prosecutors are claiming the motive for the murder was to make life imitate art. 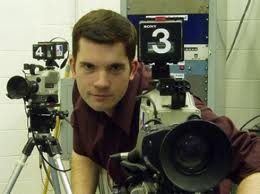 Twitchell recorded details of his crime on his laptop in what he is claiming was a fictional script.  Prosecutors, though, claim its a true account of the brutal murder since the details it contains closely match the evidence.

Reporters at the trial have skimmed over the more troubling sections of both the document that Twitchell had named "SK Confessions" (SK for Serial Killer) and Twitchell's testimony, specifically deleting the details of the butchering of the body.

During my daily scan of news headlines, I ran across a opinion piece questioning whether reporters ought to censor the news and even whether or not they ought to report at all on sensational cases.  It was mentioned that The Edmonton Journal had printed a version of "SK Confessions".

This sent me on a search to find the document online, which I eventually did--just before bedtime.  About then I realized that perhaps I didn't really want to know the details that reporters had censored.

I saved the link so I could decide in the morning whether or not to view it.

Being a crime writer burdened with an insatiable curiosity about the criminal mind, I of course decided to open that document and read it.

Thankfully, the more gruesome detail about the crime are blacked out in the version I found.  The script is unsettling, though.  Twitchell is a good writer.  The story flows.  There are elements of romance behind the violence.  There's a beginning, a middle, and an end.

Twitchell thinks he knows his mind and rather proudly diagnoses himself a psychopath.  I personally don't think he rates that label.  I think he falls short, just as he fell short of becoming the serial killer he set out to be.

If you want to read this diary of a killer, here is the link:

He was a GOOD WRITER? Absolutely not. No matter the awfulness of his crime, he couldn't write for crap. He uses 'of course' at the end of two sentences in a row and writes the most annoying 1st person omniscient POV you only find in the most horrid of MarySue fic, which says throughout the whole 'story', 'Look at me. I'm writing a story, and I'm SO a serial killer, you know.' Gah, wretched. Don't give this tool any credit.