Does this story tweak your imagination? 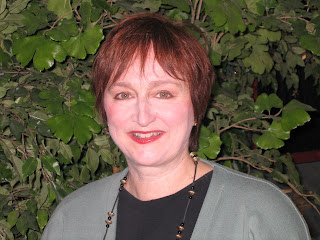 You gotta love this headline: Psycho-Obsessive Astronaut Drive Cross-Country in Diapers to Confront Romantic Rival. It's a blogger's response to this story. (The link to the blogger doesn't work right now. When I find it I'll add it.)

I read a version of the tale of the NASA astronaunt who drove 1600 kms to track down her rival for the affections of another astronaut. Wearing a wig and a trenchcoat, she tried to get into her car at the airport and doused her with pepper spray.

One of my favorite bloggers, Dr. Sanity, a former NASA psychiatrist wrote the following about the story:

The NASA celebrity culture--like the Washington political culture and the west-coast Hollywood culture--creates these monsters by the uncritical adoration and reverence they give to anyone with a certain job description. Is it shocking therefore that astronauts, politicians, and moviestars behave like the demigods they have been convinced they are? NASA has just had a wake-up call. The powers that be at NASA have always known that astronauts are only human, but over the years they have managed to keep all the bad behavior out of the spotlight and pretend that there is only the good.

Somehow, I don't think they'll be able to pull that off this time around. Their carefully constructed public image of astronauts has come crashing to earth; and NASA has left the Twilght Zone and entered the real world.

How many of you are eager to start penning the screenplay? Sometimes real life is even stranger than fiction. Have you ever had an experience with a critique group or a reader who tells you, nah, this chapter, this scene is totally unbelievable. This never could have happened. But you tell them, no! this happened blow by blow in real life, just like this.

I have a clipping file for stories like this that I can pull out anytime my imagination needs some jogging.
Posted by Unknown at 7:08 AM

Hi, Deborah,
Oh, dear, yes, I do see a major movie in the future on this story. It seems to be a case of truth being oh-so-much stranger than fiction. In your wildest dreams as a writer, could you have come up with this one? I don't think I could!
Donna Carrick
www.donnacarrick.com