These are the details that interest me--how about you? 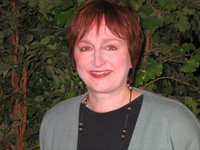 I've been following with some fascination all the events surrounding the hanging of Saddam Hussein. Today the Ottawa Citizen carried an article from the Daily Telegraph about some of the little mundane things he did in his cell, like tend a little garden of weeds, and feed birds breadcrumbs.

Saddam reminisced about spending time with his three daughters and two sons when they were young, telling them bedtime stories and giving a daughter medicine for stomach ache.


Mr Ellis said Saddam was held in a 6ft by 8ft cell in solitary confinement at Camp Cropper. He had a cot and a small table where he kept some books and a Koran, two plastic chairs, a prayer rug and two wash basins.

Saddam told Mr Ellis that cigars and coffee kept his blood pressure down and it seemed to work. He would insist that Mr Ellis smoke with him.

At one point, he went on a hunger strike, refusing to eat when the guards slid food through the slot under his door. When they resumed serving meals by opening the door, he began eating again. "He refused to be fed like a lion," Mr Ellis said.

Am I the only one who finds that interesting?

When I read true crime, it's the mundane details of how a serial killer deals with his girlfriend (how can she not know?) or his landlord that fascinate me far more than the blood and guts. I guess it's because it is not always easy to tell who is the psychopath or predator in our midst. Often they have tremendous charm. I'm always looking for the little things that might give them away. And as an author, I'm looking for those details that can humanize an otherwise villanous character.

It's not always easy to tell who is good and who is evil. Predators are expert observers of human nature and fool their prey into thinking they have an almost godlike capacity to satisfy their needs.

That's one of the subjects I explore in my novel The Defilers. It's also a about the main character's journey back to religious faith after a priest seduces her and gets her pregnant. When we meet her years later, she is a Mountie with no belief in anything supernatural. Then she meets a strange pastor who becomes her chief suspect in a murder investigation. Is he good or is he evil?

I'm going talk about the novel and my own personal journey to religious faith on 100 Huntley Street on 9:00 a.m. Thursday Dec. 4. The program airs on Global and on the Crossroads Television System on cable. You can find out more about the novel at www.thedefilers.ca.

What are you looking for in a true crime story or crime fiction?

As I writer, I'm not only looking for a captivating read, I'm searching for insight. When I write, I'm trying to understand what I see but have not yet been able to put into words. Some of these things I need to wrestle with using "flesh and blood" characters.